is one of our school clubs, but it is also an important part of the life of our whole school.

news is hosted on our school blog - click here to see what's going on! 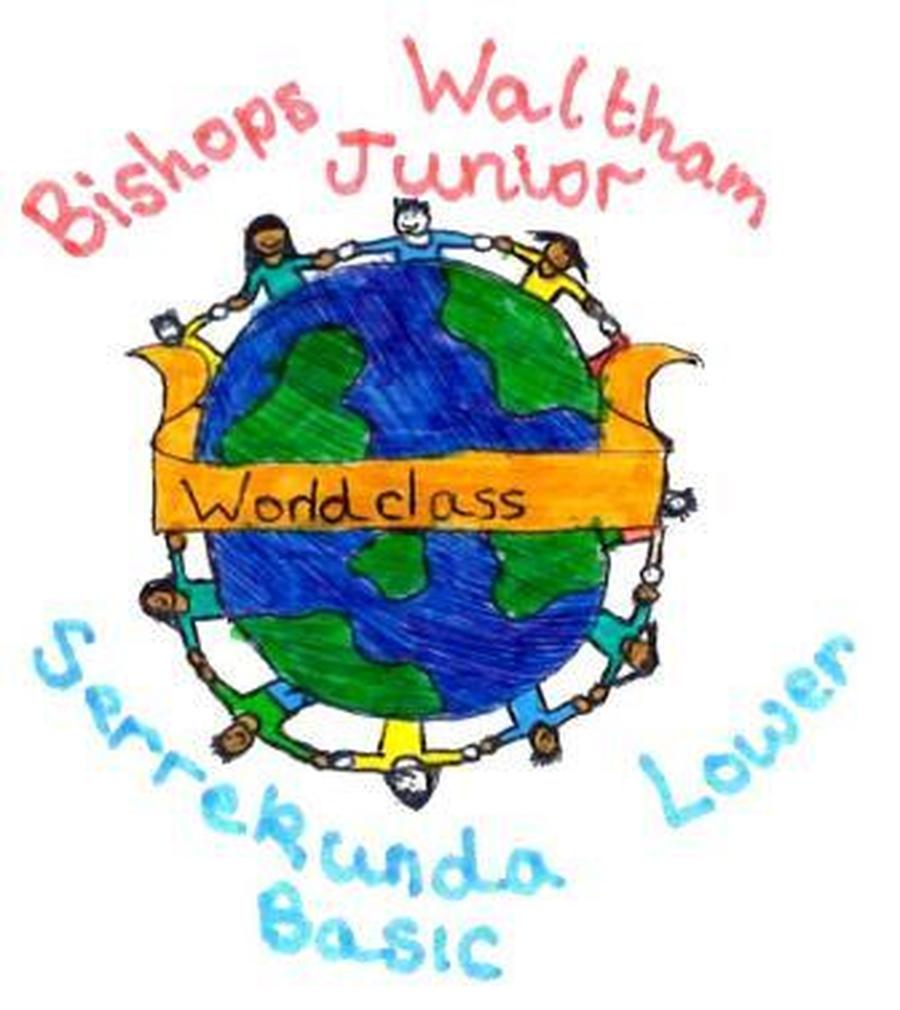 started in September 2005 with 22 children and goes from strength to strength. Each child has their own Gambian penfriend.

I have been corresponding with a Gambian family on a regular basis since my first visit to The Gambia in 1997. I work as a Teaching Assistant here at Bishop's Waltham Junior School and one day we decided to have a mega clear out on the stock cupboard – at the back were books and paper that were so old they were turning yellow. We have no use for them in school, so I asked if they could be sent to The Gambia for them to use. This was not a problem and my next job was to find out how to get them there. In the they were stored in the back of my garage!

I looked on Google and entered “Gambian charities” and up popped P.A.G.E.A.N.T. I emailed them telling them about our clearout in school and within a very short time Ian Howard from P.A.G.E.A.N.T. phoned me and thanked for the offer of our stationery and told me that when a crate was next sent to The Gambia our things could be included. Whilst on the phone Ian told me all about their charity and how it was formed. I became interested and consequently because a member of P.A.G.E.A.N.T. which stands for (Projects Aiding Gambian Education and Natural Talent).

Pupils at the school knew about my communication with a Gambian family and were always asking me questions about African culture and whenever there was a question I couldn’t answer, I would ask my Gambian family for help.

It was during this time, I felt it would be lovely for the pupils if they could ask their own questions to children in a Gambian school, so I approached Pippa Howard and she immediately said she had the perfect school for our children to write to. This is where our link with Abuko Lower Basic School began. The school is situated in a small village called Lamin, which is approximately 30 minutes drive from Banjul International Airport. In September 2005 Abuko School had 300 children, but in June 2007 they moved to a larger building funded by the Gambian government and they now have over 700 children.

We now have pen friends at Banyaka Lower Basic School which is located in the capital, Banjul.

We exchange letters approximately four times a year and we are very grateful to P.A.G.E.A.N.T. and their members for kindly taking the letters to Gambia each time and bringing letters back from Abuko School. Pippa and Ian Howard have also visited Bishop's Waltham Junior School to run a “Gambian Mini market stall” selling traditional crafts.

I wrote an article about for Learning Support magazine and for this article I was paid £25. I decided the money should be used for and therefore bought a trophy and had it inscribed with Pupil of the week. It is presented each week in assembly to the child I believe has contributed the most to and they are also given a certificate to keep.

We hold a Fayre every year to raise money to sponsor triplets Pahali, Isatou and Assan. Because we sponsor the triplets, they are able to attend school every day.

Of course, I am immensely proud to be the of such a successful club at Ridgemede, but much of the praise must go to all 160 because without their constant enthusiasm, commitment and dedication we wouldn’t have .

To find out more about Worldclass, e-mail Jeannette: Jeannette Mars